Because my academic research documents the historical use of the FBI, CIA, and other governmental agencies against domestic political groups, I can’t help but view the FBI’s recent attack on local anarchists in terms of this larger history. The use of the FBI t 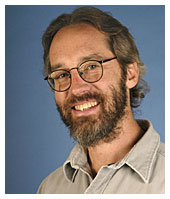 o raid the homes of individuals associated with the Occupy Movement and other political challenges to our lopsided economic system, reminds me of what CIA agent, and CIA whistleblower Philip Agee argued forty years ago when he wrote that the CIA was “nothing more than the secret police of American capitalism, plugging up the leaks in the political dam night and day so that shareholders of U.S. companies operating in poor countries [could] continue enjoying the rip-off.” I suppose when capitalism goes global and resistance heats up at home, it is to be expected that the FBI will intensify its monitoring and harassment of those who criticize these developments.

With increased domestic critique of the inherent failures of capitalism, increased domestic surveillance, broad reductions of civil rights and loss of protections from the police, we are seeing the FBI reprising its role from the days of J. Edgar Hoover, where it monitors, infiltrates, and harasses legal, domestic, democratic movements threatening the economic interests of American elites. None of this good for democracy or the Republic, but I suppose it is good for the corporate interests that the FBI has long primarily served.

The rules governing procedures of grand jury subpoenas essentially make them extra-constitutional proceedings, denying those appearing before them of basic constitutional protections, such as the exclusionary rule’s protection against using illegally obtained evidence, or even the right to have an attorney present. Because of this, the FBI has historically used the corruptions of the grand jury process against a broad range of peoples’ democratic movements, using such proceedings to spread fear, stigmatize groups, intimidate activists, and breakup democratic movements. Historically, grand jury proceedings have been used to intimidate groups even when prosecutors and the FBI knew there was not sufficient evidence to gain a guilty verdict should a case actually to trial.

We need to resist the natural tendency to stigmatize or abandon individuals or groups appearing before these grand juries, and the FBI needs to be held publicly accountable for the political role it is taking opposing select domestic political movements. There is too much history documenting FBI wrongdoing in its investigations of domestic political groups to assume it is acting in a legal, forthright, and just manner.

David Price teaches anthropology and sociology at St. Martin’s University in Lacey, Washington. He is the author of Threatening Anthropology: The FBI’s Surveillance and Repression of Activist Anthropologists.