Thanks to everyone who called in today. Hundreds of people flooded the US attorney’s office with calls. This afternoon the people subpoenaed for tomorrow’s grand jury hearing received word that their appearances were being postponed till mid September.

As of now, the solidarity demonstrations in Portland, Oregon and Seattle, Washington have been postponed until the next appearance dates. We will update the website when we have more details about dates and times.

Again thanks to everyone who has been calling, attending or planning solidarity demos, putting on benefits and donating money. Your solidarity and support is much appreciated.

An example of what you might say:
“Hi. I am Jolene Seaside. I am calling about the grand jury being impaneled in Seattle tomorrow, August 30th. This case clearly shows that the FBI and government are persecuting political dissent in our country. It is despicable that US attorney and the government are harassing and intimating this group of people for their political beliefs. I demand that the grand jury and investigation be ended immediately, that the governments repression of social movements stop, and that any items seized in the raids be returned. Thank you for taking my comments.”

When you call the U.S Attorney’s office, please let them know that you are speaking for yourself and not the individuals resisting the grand jury subpoenas. Be aware of how the things you say will impact the people you are trying to help. If you make a call, please email us (nopoliticalrepression@gmail.com) and let us know how what kind of response you got from the Attorney’s office.

“Solidarity is What the State Fears”

My name is Leah-Lynn Plante, and I am one of the people who has been subpoenaed to a secret grand jury, meeting in Seattle on August 30. 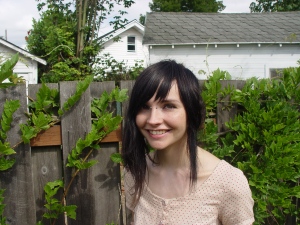 This will be the second time I have appeared before the grand jury, and the second time I have refused to testify. The first time was on August 2. I appeared, as ordered, and I identified myself. Then the US Attorney asked if I would be willing to answer her questions. I said, No, and was issued another subpoena, this time for the 30th.

A month later, my answer is still the same. No, I will not answer their questions. I believe that these hearings are politically motivated. The government wants to use them to collect information that it can use in a campaign of repression. I refuse to have any part of it.

It is likely that the government will put me in jail for that refusal.

I hate the very idea of prison. But I know, if I am sent there, I will not be alone. I can only speak for myself, but I have every faith that the others subpoenaed to these hearings will likewise refuse. And I know that hundreds of people have called the US Attorney demanding that they end this tribunal. Hundreds of organizations, representing thousands of people, signed onto a statement expressing solidarity with those of us under attack and demanding an end to this sort of repression.

I know that those people will continue to support me, and the others subpoenaed, and the targets of the investigation. That spirit of solidarity is exactly what the state fears. It is the source of our strength, yours and mine. And that strength shows itself in every act of resistance.

Because my academic research documents the historical use of the FBI, CIA, and other governmental agencies against domestic political groups, I can’t help but view the FBI’s recent attack on local anarchists in terms of this larger history. The use of the FBI t

o raid the homes of individuals associated with the Occupy Movement and other political challenges to our lopsided economic system, reminds me of what CIA agent, and CIA whistleblower Philip Agee argued forty years ago when he wrote that the CIA was “nothing more than the secret police of American capitalism, plugging up the leaks in the political dam night and day so that shareholders of U.S. companies operating in poor countries [could] continue enjoying the rip-off.” I suppose when capitalism goes global and resistance heats up at home, it is to be expected that the FBI will intensify its monitoring and harassment of those who criticize these developments.

With increased domestic critique of the inherent failures of capitalism, increased domestic surveillance, broad reductions of civil rights and loss of protections from the police, we are seeing the FBI reprising its role from the days of J. Edgar Hoover, where it monitors, infiltrates, and harasses legal, domestic, democratic movements threatening the economic interests of American elites. None of this good for democracy or the Republic, but I suppose it is good for the corporate interests that the FBI has long primarily served.

The rules governing procedures of grand jury subpoenas essentially make them extra-constitutional proceedings, denying those appearing before them of basic constitutional protections, such as the exclusionary rule’s protection against using illegally obtained evidence, or even the right to have an attorney present. Because of this, the FBI has historically used the corruptions of the grand jury process against a broad range of peoples’ democratic movements, using such proceedings to spread fear, stigmatize groups, intimidate activists, and breakup democratic movements. Historically, grand jury proceedings have been used to intimidate groups even when prosecutors and the FBI knew there was not sufficient evidence to gain a guilty verdict should a case actually to trial.

We need to resist the natural tendency to stigmatize or abandon individuals or groups appearing before these grand juries, and the FBI needs to be held publicly accountable for the political role it is taking opposing select domestic political movements. There is too much history documenting FBI wrongdoing in its investigations of domestic political groups to assume it is acting in a legal, forthright, and just manner.

David Price teaches anthropology and sociology at St. Martin’s University in Lacey, Washington. He is the author of Threatening Anthropology: The FBI’s Surveillance and Repression of Activist Anthropologists.

In the last five years, we have witnessed a disturbing trend: the use of FBI “raids” and

grand jury investigations to suppress political dissent. This trend is accompanied by the criminalization of basic civil liberties, as well as the vilification of anarchists and other radical activists. What is happening in Portland, Olympia, and Seattle seems like a continuation of this trend, as authorities drag activists in front of grand juries and deny them basic rights. Refusal to comply with these tactics seems like a reasonable stance as people fight against the criminalization of dissent.

Dean Spade: Dismantle All the Apparatuses that Police, Deport, Imprison, and Destroy Us 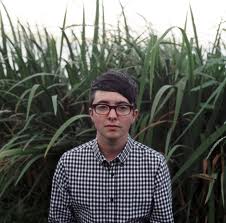 demanding loudly. The blatant violence and targeting of the recent raids, like the continual murderous brutality of police around the country and the outrageous destruction wrought by the US military every day around the world, reminds us of the urgent need for all of us to participate in resistance and stand in solidarity with each other in order to survive.

I am hoping for healing and wellness for the activists who have experienced these recent home invasions, for a consistent ongoing show of support for them as they continue their resistance, and for all of us to let this moment deepen our commitment to build the world we want and to see the connections between our many different experiences of state violence and repression so that we can work together to dismantle all the apparatuses that police, deport, imprison, and destroy us. Let us also be reminded of all the activists in prison today as a result of FBI efforts to destroy resistance movements and let us offer our support to them and to all people in prisons and jails in the US and around the world.

Dean Spade is an Associate Professor at the Seattle University School of Law, a member of the Sylvia Rivera Law Project (www.srlp.org), and author of Normal Life: Administrative Violence, Critical Trans Politics and the Limits of Law.

Franklin López: “One of the State’s Bullying Tools”

I first learned about grand juries by watching the Rockford Files on TV. Private dick Jim Rockford has to appear before a Grand Jury and his lawyer informs him that she cannot go in the court with him. These legal proceedings are secret, and refusing to cooperate with a grand jury can carry prison sentences. Yep, grand juries are not about justice, but one of the state’s bullying tools, that uses the “justice” system to harass and intimidate those who loudly speak against it.

It is not surprising that as Anarchism grows in popularity, the feds would try to squash our movement by using fear tactics.

I stand in solidarity with the brave comrades who have refused to co-operate with the FBI, their uncompromising strength is an inspiration and an example to all of us. Stay strong and know that there’s a massive gang of peeps out there who have your back.

Committee Against Political Repression
Create a free website or blog at WordPress.com.