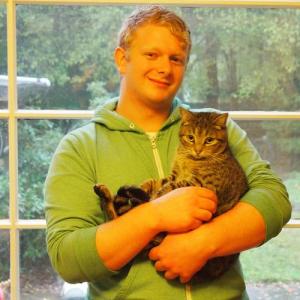 Maddy Pfeiffer was steadfast in their refusal to cooperate with the federal witch-hunt against Pacific Northwest anarchists. They found guilt of civil contempt and will be sent to prison on December 26th for being unwilling to give any information about the people they know or the politics they hold. It is possible that Pfeiffer will be held until March of 2014.

In an earlier statement, the Committee Against Political Repression wrote:

“The state is trying to use broken windows as a reason to ruin people’s lives. This is absurd, and I will oppose it to the fullest. This life-ruining system which they call “justice” is organized to defend property and capitalism. This system is against everything I believe in.”

Currently a federal grand jury in Seattle is purportedly investigating the May Day protests, but it is widely decried as a witch hunt due to its focus only on the anarchist movement. Maddy will be joining KteeO Olejnik and Matt Duran who are in prison for their own dedication to their principles and refusal to provide information to an investigative body that they view as invalid. Both Oljnik and Duran remain strong in their resolve and appreciate the outpouring of support they have received from around the world.

Hundreds of supporters called and emailed District Judge Richard A Jones yesterday demanding an end to the grand jury investigation targeting people based on their political beliefs and the release of all those being held in contempt.